Videos about the Rise of Lenin and the Revolution

The Sparks That Ignited Revolution

By 1917 the bond between the tsar and most of the Russian people had been broken. Governmental corruption and inefficiency were rampant. The tsar’s reactionary policies, including the occasional dissolution of the Duma, or Russian parliament, the chief fruit of the 1905 revolution, had spread dissatisfaction even to moderate elements. The Russian Empire’s many ethnic minorities grew increasingly restive under Russian domination.

But it was the government’s inefficient prosecution of World War I that finally provided the challenge the old regime could not meet. Ill-equipped and poorly led, Russian armies suffered catastrophic losses in campaign after campaign against German armies. The war made revolution inevitable in two ways: it showed Russia was no longer a military match for the nations of central and western Europe, and it hopelessly disrupted the economy.   Continue reading from Encyclopaedia Britannica

At about 1 a.m. on July 17, 1918, in a fortified mansion in the town of Ekaterinburg, in the Ural Mountains, the Romanovs—ex-tsar Nicholas II, ex-tsarina Alexandra, their five children, and their four remaining servants, including the loyal family doctor, Eugene Botkin—were awoken by their Bolshevik captors and told they must dress and gather their belongings for a swift nocturnal departure. The White armies, which supported the tsar, were approaching; the prisoners could already hear the boom of the big guns. They gathered in the cellar of the mansion, standing together almost as if they were posing for a family portrait. Alexandra, who was sick, asked for a chair, and Nicholas asked for another one for his only son, 13-year-old Alexei. Two were brought down. They waited there until, suddenly, 11 or 12 heavily armed men filed ominously into the room.

What happened next—the slaughter of the family and servants—was one of the seminal events of the 20th century, a wanton massacre that shocked the world and still inspires a terrible fascination today. A 300-year-old imperial dynasty, one marked by periods of glorious achievement as well as staggering hubris and ineptitude, was swiftly brought to an end.  Continue reading from Town and Country

The Bolsheviks were a revolutionary party, committed to the ideas of Karl Marx. They believed that the working classes would, at some point, liberate themselves from the economic and political control of the ruling classes. Once they had achieved this, a genuine socialist society based on equality, could be established.

However, the Bolsheviks differed from the Mensheviks in that they believed that this revolution should move more quickly as the workers were not ready to rule themselves. Hence, the Bolsheviks would form a Dictatorship of the Proletariat to hold power until Russia was modernised. The Poletariat were the original supporters of the Bolsheviks and tended to be industrial workers.

At the time of the February Revolution, which overthrew the Tsar, the Bolsheviks were still relatively weak. Most of their leaders, including Lenin, were in exile in Switzerland. The chances of the Bolsheviks ever attaining power in Russia seemed remote. But in late 1917, Bolshevik leader Lenin decided that the conditions in Russia were ripe for revolution.  Continue reading from BBC Bitesize

Rasputin and the Romanovs

Alexandra—with a brusque demeanor and distaste for Russian culture—was unpopular with the Russian people. Her German ancestry and her devotion to Russian mystic Grigori Rasputin contributed to her unpopularity. She believed the self-proclaimed holy man could cure her son Alexei’s chronic illness.

Alexei, the only son and heir to the throne, suffered from severe hemophilia, and was often confined to bed. Hemophilia is an inherited disease in which the blood doesn’t clot normally, causing excessive bleeding after any injury. (Many relatives of Queen Victoria inherited the disease, which was sometimes referred to as “the royal disease.”) Rasputin’s powerful influence on the ruling family infuriated nobles, church leaders and peasants alike. Many saw him as a religious charlatan. Russian nobles, eager to end the cleric’s influence, had Rasputin murdered on December 16, 1916.  Continue reading from History Channel

Learn More about the Revolution Online 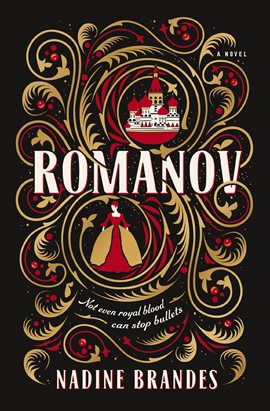 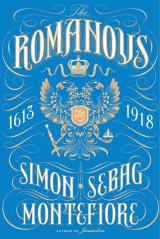 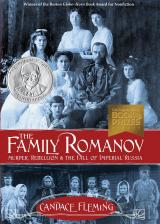 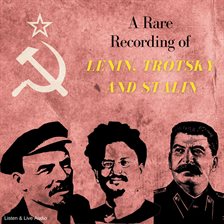