Punic Wars: The Rise and Fall of Carthage

Tradition holds that Phoenician settlers from the Mediterranean port of Tyre (in what is now Lebanon) founded the city-state of Carthage on the northern coast of Africa, just north of modern-day Tunis, around 814 B.C. (The word “Punic,” later the name for the series of wars between Carthage and Rome, was derived from the Latin word for Phoenician.) By 265 B.C., Carthage was the wealthiest and most advanced city in the region, as well as its leading naval power. Though Carthage had clashed violently with several other powers in the region, notably Greece, its relations with Rome were historically friendly, and the cities had signed several treaties defining trading rights over the years.

In 264 B.C., Rome decided to intervene in a dispute on the western coast of the island of Sicily (then a Carthaginian province) involving an attack by soldiers from the city of Syracuse against the city of Messina. While Carthage supported Syracuse, Rome supported Messina, and the struggle soon exploded into a direct conflict between the two powers, with control of Sicily at stake. Over the course of nearly 20 years, Rome rebuilt its entire fleet in order to confront Carthage’s powerful navy, scoring its first sea victory at Mylae in 260 B.C. and a major victory in the Battle of Ecnomus in 256 B.C. Though its invasion of North Africa that same year ended in defeat, Rome refused to give up, and in 241 B.C. the Roman fleet was able to win a decisive victory against the Carthaginians at sea, breaking their legendary naval superiority. At the end of the First Punic War, Sicily became Rome’s first overseas province. (Continue Reading from the History Channel)

In late spring, 218 B.C., Hannibal marched through the Pyrenees toward Gaul (southern France) with more than 100,000 troops and nearly 40 war elephants. He met little resistance from local forces allied to Rome. Roman general Publius Cornelius Scipio attempted to confront him at the Rhone River, but Hannibal had already crossed it and was on his way to the Alps.

Hannibal's Alps crossing was a remarkable military achievement. In addition to an inclement climate, Hannibal's army faced guerrilla attacks from indigenous tribes who rolled heavy stones across their path. On the 15th day of the crossing, and more than five months away from Cartagena, Hannibal finally exited the Alps with just 20,000 infantry, 6,000 cavalry and all 37 elephants. (Continue Reading from Biography)

Learn More about Carthage
eBooks about Hannibal and the Punic Wars 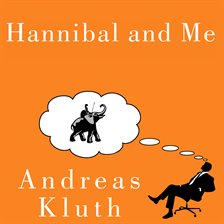 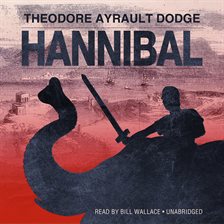