World War I: "The War to End All Wars"

Watch Videos about WWI
The War to End All Wars

World War I, also called First World War or Great War, an international conflict that in 1914–18 embroiled most of the nations of Europe along with Russia, the United States, the Middle East, and other regions. The war pitted the Central Powers—mainly Germany, Austria-Hungary, and Turkey—against the Allies—mainly France, Great Britain, Russia, Italy, Japan, and, from 1917, the United States. It ended with the defeat of the Central Powers. The war was virtually unprecedented in the slaughter, carnage, and destruction it caused.

World War I was one of the great watersheds of 20th-century geopolitical history. It led to the fall of four great imperial dynasties (in Germany, Russia, Austria-Hungary, and Turkey), resulted in the Bolshevik Revolution in Russia, and, in its destabilization of European society, laid the groundwork for World War II.(Continue Reading from Encyclopaedia Britannica)

What Caused the First World War?

World War I occurred between July 1914 and November 11, 1918. By the end of the war, over 17 million people would be killed including over 100,000 American troops. The reason why war erupted is actually much more complicated than a simple list of causes. While there was a chain of events that directly led to the fighting, the actual root causes are much deeper and part of continued debate and discussion. This list is an overview of the most popular reasons that are cited as the root causes of World War 1:

Austria-Hungary declared war on Serbia, Russia got involved to defend Serbia. Germany seeing Russia mobilizing, declared war on Russia. France was then drawn in against Germany and Austria-Hungary. Germany attacked France through Belgium pulling Britain into war. Then Japan entered the war. Later, Italy and the United States would enter on the side of the allies. (Continue Reading from the Indiana Department of Education)

Learn More About WWI
eBooks about the Great War

No conflict has ever been so closely linked with the poetry and literature of its age than the First World War. When we consider the writers who emerged from this era, one of the most prominent is Siegfried Sassoon. His poetry is remembered for the satirical edge of its criticism of the military high command and disdain for unquestioning patriotism, with the anger and indignation present in much of his verse characteristic of many men who served in the trenches. (Continue Reading from The Telegraph) 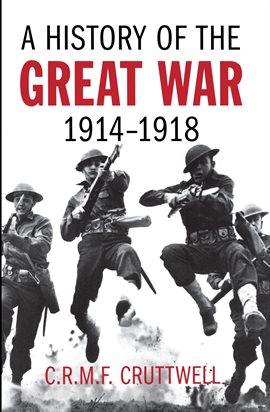