The Taj Mahal was built by the Mughal emperor Shah Jahān (reigned 1628–58) to immortalize his wife Mumtaz Mahal (“Chosen One of the Palace”). She died in childbirth in 1631, after having been the emperor’s inseparable companion since their marriage in 1612. The plans for the complex have been attributed to various architects of the period, though the chief architect was probably Ustad Aḥmad Lahawrī, an Indian of Persian descent. The five principal elements of the complex—main gateway, garden, mosque, jawāb (literally “answer”; a building mirroring the mosque), and mausoleum (including its four minarets)—were conceived and designed as a unified entity according to the tenets of Mughal building practice, which allowed no subsequent addition or alteration. Building commenced about 1632. More than 20,000 workers were employed from India, Persia, the Ottoman Empire, and Europe to complete the mausoleum itself by about 1638–39; the adjunct buildings were finished by 1643, and decoration work continued until at least 1647. In total, construction of the 42-acre (17-hectare) complex spanned 22 years. (Continue Reading from Encyclopaedia Britannica)

The History of the Mughul Empire

The Mughal Empire (also known as Mogul, Timurid, or Hindustan empire) is considered one of the classic periods of India's long and amazing history. In 1526, Zahir-ud-Din Muhammad Babur, a man with Mongol heritage from central Asia, established a foothold in the Indian subcontinent which was to last for more than three centuries. By 1650, the Mughal Empire was one of three leading powers of the Islamic world—the so-called Gunpowder Empires—which also included the Ottoman Empire and Safavid Persia. At its height, around 1690, the Mughal Empire ruled almost the entire subcontinent of India, controlling four million square kilometers of land and a population of about 160 million. The Mughal emperors (or Great Mughals) were despotic rulers who relied upon and held sway over a large number of ruling elites. The imperial court included officers, bureaucrats, secretaries, court historians, and accountants, who produced astounding documentation of the empire's day-to-day operations. The elites were organized on the basis of the mansabdari system, a military and administrative system developed by Genghis Khan and applied by the Mughal leaders to classify the nobility. The emperor controlled the nobles' lives, from who they married to their education in arithmetic, agriculture, medicine, household management, and the rules of government. (Continue Reading from ThoughtCo.)

Learn More
Books from our Catalog 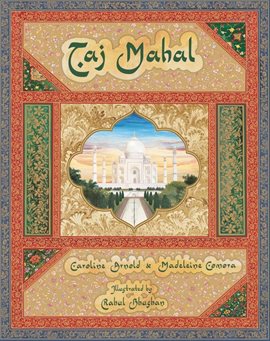 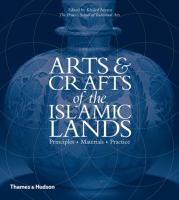