Watch Videos about Juneteenth
What is Juneteenth?

President Abraham Lincoln signed the Emancipation Proclamation on Jan. 1, 1863, announcing that those who were slaved “shall be then, thenceforward, and forever free,” but the proclamation didn’t immediately apply in certain areas, including secessionist states like Texas, which had left the Union and joined the Confederacy during the Civil War.

It took another two years for the news to be enacted in Texas. The Civil War ended in April 1865 and two months later, on June 19, 1865, Maj. Gen. Gordon Granger of the Union Army issued General Order No. 3 in Galveston, Texas, with Granger saying, “The people of Texas are informed that, in accordance with a proclamation from the Executive of the United States, all slaves are free.” Slavery was formally abolished after Congress ratified the 13th Amendment to the U.S. Constitution nearly six months later, on Dec. 6, 1865. Freed slaves marked June 19 the following year, kicking off the first celebration of Juneteenth. (Continue Reading from NBC Today)

In Texas, slavery had continued as the state experienced no large-scale fighting or significant presence of Union troops. Many enslavers from outside the Lone Star State had moved there, as they viewed it as a safe haven for slavery. After the war came to a close in the spring of 1865, General Granger’s arrival in Galveston that June signaled freedom for Texas’s 250,000 enslaved people. Although emancipation didn’t happen overnight for everyone—in some cases, enslavers withheld the information until after harvest season—celebrations broke out among newly freed Black people, and Juneteenth was born. That December, slavery in America was formally abolished with the adoption of the 13th Amendment. (Continue Reading from the History Channel)

The first few decades after the slaves in Texas were officially freed, Juneteenth was primarily celebrated by the descendants of those slaves, with word of the holiday spreading first throughout the South and then to the rest of the states as the freed slaves migrated to different parts of the country. In present day America, while still not recognized as a federal holiday, Juneteenth is celebrated in Black communities as a way to acknowledge the “freedoms” earned in the past as well as the continued advancement for a better future.

Dr. Farah Griffin, professor and chair of African American and African Diaspora Studies at Columbia University, explains that for Black Americans, Juneteenth can be seen as a more historically relevant and accurate holiday to celebrate their independence than the nationally recognized Fourth of July holiday.

“Even though the Fourth of July has always been a holiday that Black Americans celebrated, they didn’t necessarily celebrate it as Independence Day, because our people were still enslaved,” notes Dr. Griffin. (Continue Reading from Travel + Leisure)

You might not want to explain Juneteenth to kids if you don’t want to explain slavery to them. It may be too scary a topic for kids that aren’t old enough—and while children’s ability to understand and manage that kind of information varies, it’s safer to not start until they’re closer to 6 or 7 years old. However, if children who are younger raise the issue, there are ways to explain it to them that won’t cause anxiety.

I like to reference a TED Talk by author and scholar Beverly Daniel Tatum called “Is My Skin Brown Because I Drank Chocolate Milk?” The way she explained it to her son (who asked the question that became the title of her talk) was: A long time ago, before there were companies, stores and buildings, there were some people who needed to work the land in the United States. There was a need for smart, strong workers—and they went to Africa and brought them to the United States against their will which wasn’t OK. They were people but they were called slaves. Those people made them work, but never paid them and they were never allowed to leave the plantations where they worked; it was very unfair. But there were also good people who were working to end slavery, Black and White people, and they were eventually successful. Of course, this is an abbreviated version and you may need to add many more details, but you will have at least covered many of the main issues.  (Continue Reading from Pittwire) 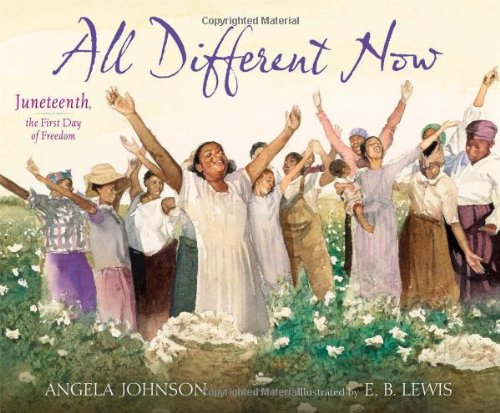