Slavery in Connecticut: About

Enslaved Africans in the Colony of Connecticut

Connecticut was a colony with slaves. That sentence doesn’t look right, doesn’t feel right. And yet, in the Bush homestead in Greenwich and in hundreds of other households across the colony, the slavery of Africans and African Americans was a fact of everyday life.

Within 120 years of English settlers’ arrival in the 1630s, the Connecticut colony was booming. Connecticut, says one historian, “was designed by God for trade.” With 254 miles of Atlantic coastline and 60-mile-long rivers snaking inland, the colony was perfect for marine transport and small, fast ships. Even in its earliest history, Connecticut was part of a larger economic system that included slave labor: when the great city of Hartford was little more than a raw fort, a ship from Wethersfield was already ferrying onions and a horse down to Barbados, where African slaves worked the sugar plantations.

Connecticut grew crops, raised cattle and felled logs to send to the West Indies, because many Caribbean islands, though capable of growing their own food, were busy growing the vastly more profitable sugar cane. It would be more accurate to say that enslaved black people, in a labor that often killed them, were growing that sugar cane. And Connecticut was feeding them. Continue reading from Yale University

The Vincent J. Rosivach Register of Slaves in Fairfield, Connecticut (1639-1820) is a comprehensive database of enslaved individuals in colonial and post-colonial Fairfield. This database is searchable, and will be able to track projection of slave families as well as movement across households and other important information related to the slave, their family, and their history. While there are some distinct contrasts between Northern and Southern slavery, one of the key similarities is the lack of proper record-keeping of these enslaved individuals’ identities. Our database compiles information including birth, death, and distribution of slaves in colonial and post-colonial Fairfield into a single site to help formulate a once-broken narrative. In several cases, we were able to piece together entire families of slaves, identifying a lineage previously scattered across countless documents. Continue reading from Fairfield University

The Amistad Slave Ship Revolt:  "All We Want is Make Us Free"

In early 1839, Portuguese slave hunters abducted a large group of African people in Sierra Leone and transported them aboard the slave ship Tecora to Havana, Cuba, for auction to the highest bidder. Two Spaniards, Don Pedro Montez and Don Jose Ruiz, purchased 53 of the captives (members of the Mende people) in Havana and loaded them aboard the schooner Amistad for a trip to a nearby plantation. Just three days into the journey, however, the would-be slaves revolted, when 25-year-old Sengbe Pieh (known as Cinque) escaped from his shackles and set about releasing the other captives.

The Mende killed members of the ship’s crew, including the captain, and ordered Montez and Ruiz to sail for Africa. The ship sailed east during the day, using the sun’s position to determine its direction, but at night, the slave traders quietly redirected their course away from Africa. This process continued for over two months until, on August 24, 1839, the Amistad reached Long Island, New York. There the federal brig Washington seized the ship and its cargo. American authorities charged the Mende with murder, imprisoned them in New Haven, Connecticut, and towed the Amistad to New London. Continue reading from Connecticut History

The Final Sale of Slaves in New Haven

On March 8, 1825, the New Haven Green was the site of the final sale of enslaved people in New Haven and arguably the state of Connecticut. They were sold to a local abolitionist named Anthony P. Sanford who for the price of $10 acquired Lois and Lucy Tritton, and immediately upon purchase set them free. It was a sale conducted by the local sheriff at the old sign post that stood on the corner of Chapel and Church Streets. Sheriffs oversaw the sale of enslaved people and other chattels for the purpose of fair market pricing. The emancipation of Lois and her daughter Lucy was a bold statement in New Haven where the policy of gradual emancipation meant that enslaved people were not ultimately free until the year 1848. Continue reading from New Haven Museum

Connecticut: A History of Slavery and Abolitionism (National Park Service)

Underrepresented Voices of Fairfield (The Fairfield Museum and History Center)

Charting a New Course for the Amistad (Discovering Amistad)

The Amistad Case (The History Channel)

A Memorial Project Is Rediscovering Stories of Slavery in Connecticut: The Witness Stones Project (Connecticut Magazine)

Material about the History of Slavery in Connecticut (CT State Library)

From our Collection: Slavery in New England 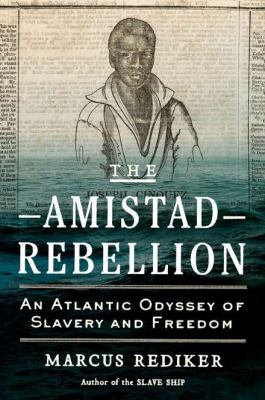 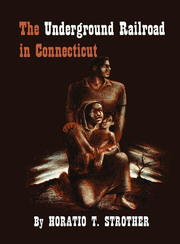