What Happened at the Triangle Shirtwaist Factory?

On March 25, 1911, the Triangle Shirtwaist Company factory in New York City burned, killing 145 workers. It is remembered as one of the most infamous incidents in American industrial history, as the deaths were largely preventable–most of the victims died as a result of neglected safety features and locked doors within the factory building. The tragedy brought widespread attention to the dangerous sweatshop conditions of factories, and led to the development of a series of laws and regulations that better protected the safety of workers. (Continue reading from History.com) 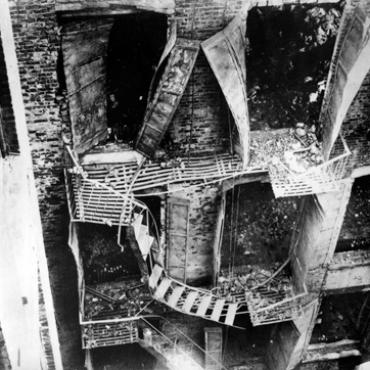 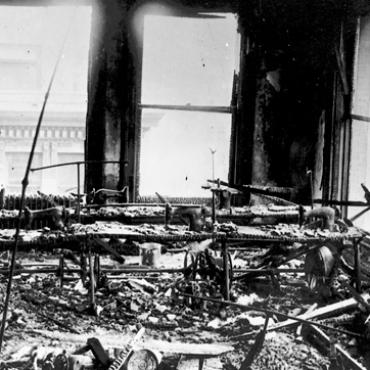 The Triangle factory, owned by Max Blanck and Isaac Harris, was located in the top three floors of the Asch Building, on the corner of Greene Street and Washington Place, in Manhattan. It was a true sweatshop, employing young immigrant women who worked in a cramped space at lines of sewing machines. Nearly all the workers were teenaged girls who did not speak English and worked 12 hours a day, every day. In 1911, there were four elevators with access to the factory floors, but only one was fully operational and the workers had to file down a long, narrow corridor in order to reach it. There were two stairways down to the street, but one was locked from the outside to prevent stealing and the other only opened inward. The fire escape was so narrow that it would have taken hours for all the workers to use it, even in the best of circumstances. (Continue reading from History.com) 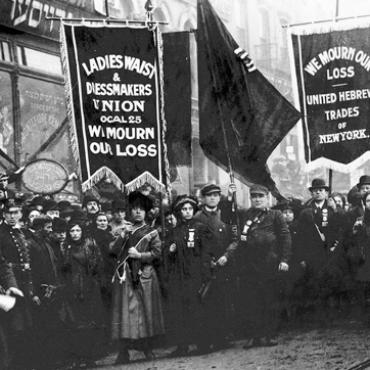 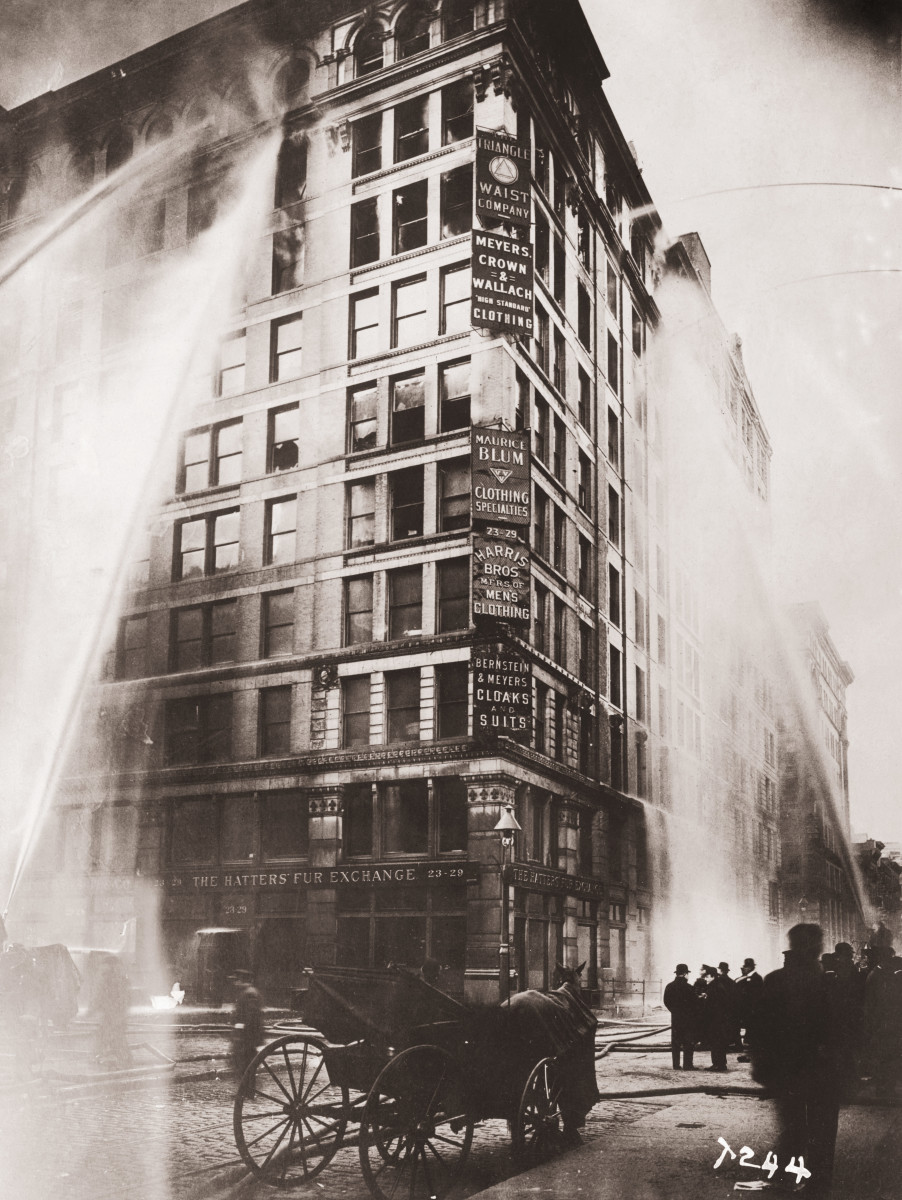 A week after the fire, New Yorkers packed an emergency meeting at the Metropolitan Opera House to call for action on fire safety. A few days later, an estimated 350,000 people joined in a massive funeral procession for the fire’s victims.

The factory’s owners, Isaac Harris and Max Blanck, were put on trial for manslaughter, but were found not guilty in a trial that December, after the judge gave jury instructions that made it difficult to convict them. (Continue reading from History.com)