Who was Pachacuti Inca Yupanqui

Pachacuti Inca Yupanqui (often simply Pachacuti or Pachacutec) was the 9th Inca ruler (r. 1438 - 1471 CE) who founded their empire with conquests in the Cuzco Valley and beyond. Pachacuti is also credited with founding the site of Machu Picchu. His title Pachacuti, which he gave himself on his accession, means ‘Reverser of the World’ or ‘Earth-shaker,’ and the same word was used by the Incas to refer to the epoch-changing event or ‘turning over of time and space’ which they believed occurred regularly through history. An appropriate enough title, then, for a ruler who set his people on the road to prosperity and the creation of an empire which would eventually be the largest ever seen in the Americas.

Pachacuti was the first Inca ruler to have ambitions beyond Cuzco, and he conquered territories in the Cuzco (Huantanay) Valley and beyond, thus beginning the Inca empire which would grow and last until the Spanish conquest from 1532 CE.  Continue reading from Ancient History Encyclopedia

What is Machu Picchu?

Tucked away in the rocky countryside northwest of Cuzco, Peru, Machu Picchu is believed to have been a royal estate or sacred religious site for Inca leaders, whose civilization was virtually wiped out by Spanish invaders in the 16th century. For hundreds of years, until the American archaeologist Hiram Bingham stumbled upon it in 1911, the abandoned citadel’s existence was a secret known only to peasants living in the region. The site stretches over an impressive 5-mile distance, featuring more than 3,000 stone steps that link its many different levels.

Historians believe Machu Picchu was built at the height of the Inca Empire, which dominated western South America in the 15th and 16th centuries. It was abandoned an estimated 100 years after its construction, probably around the time the Spanish began their conquest of the mighty pre-Columbian civilization in the 1530s. Continue reading from History

Books and Videos About the Incas

The Incas first appeared in the Andes region during the 12th century A.D. and gradually built a massive kingdom through the military strength of their emperors. Known as Tawantinsuyu, the Inca state spanned the distance of northern Ecuador to central Chile and consisted of 12 million inhabitants from more than 100 different ethnic groups at its peak. Well-devised agricultural and roadway systems, along with a centralized religion and language, helped maintain a cohesive state. Despite their power, the Inca were quickly overwhelmed by the diseases and superior weaponry of Spanish invaders, the last bastion of their immense empire overtaken in 1572. Continue reading from History 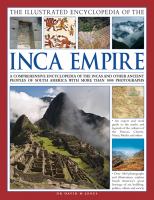 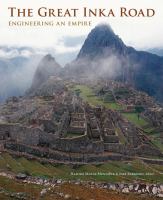