Where to Support Ukraine
Ukraine / Russia Relationship Through History

The two neighboring countries have been intertwined for over 1,000 years of tumultuous history. Today, Ukraine is one of Russia's biggest markets for natural gas exports, a crucial transit route to the rest of Europe, and home to an estimated 7.5 million ethnic Russians — who mostly live in eastern Ukraine and the southern region of Crimea. (All told, about 25 percent of Ukraine's 46 million people claim Russian as their mother tongue.) Russia lacks natural borders like rivers and mountains along its western frontier, so "its leaders have traditionally seen the maintenance of a sphere of influence over the countries around it as source of security," said David Clark, chairman of the Russia Foundation, a think tank. That's especially true of Ukraine, which Russia regards as its little brother.

In 1991, more than 90 percent of Ukrainians voted to declare independence from the crumbling Soviet Union. But Russia continued to meddle in the country's affairs. In Ukraine's 2004 presidential election, the Kremlin backed pro-Russian candidate Viktor Yanukovych. Massive fraud in that election sparked the Orange Revolution, which kept Yanukovych from power. The failure of subsequent leaders led to Yanukovych's making a comeback in 2010. But after he canceled a trade deal with the European Union, he was driven from office again by pro-Western demonstrators. Despite the world's outrage, Russian President Vladimir Putin is unlikely to let Ukraine leave his country's orbit. "Russia without Ukraine is a country," explains Daniel Drezner, an international politics professor at Tufts University. "Russia with Ukraine is an empire." Continue reading from The Week

Ukraine has long played an important, yet sometimes overlooked, role in the global security order. Today, the country is on the front lines of a renewed great-power rivalry that many analysts say will dominate international relations in the decades ahead. Ukraine was a cornerstone of the Soviet Union, the archrival of the United States during the Cold War. Behind only Russia, it was the second–most populous and powerful of the fifteen Soviet republics, home to much of the union’s agricultural production, defense industries, and military, including the Black Sea Fleet and some of the nuclear arsenal. Ukraine was so vital to the union that its decision to sever ties in 1991 proved to be a coup de grâce for the ailing superpower.   Continue reading from Council on Foreign Affairs 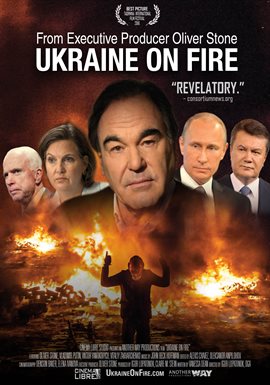 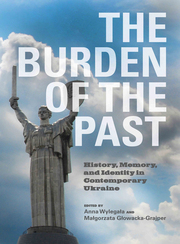